Bodyshops urged to be future-flexible 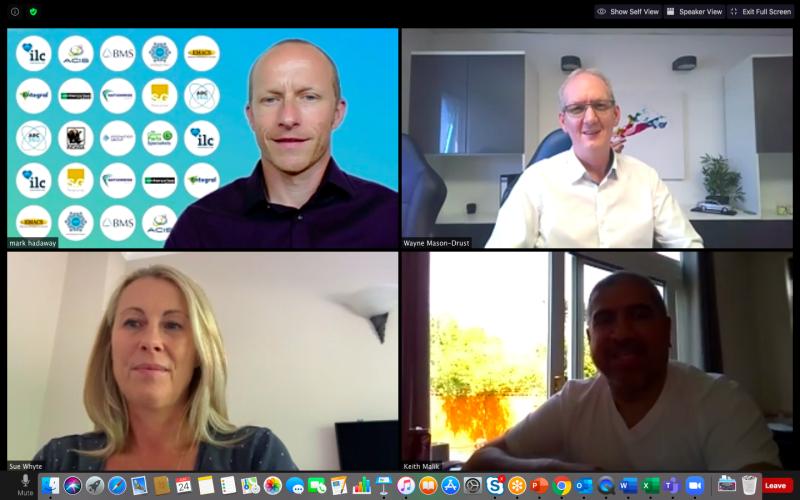 While no one can predict what the ‘new normal’ will look like post Covid-19, repairers have been given a crucial insight into how they might have to be more flexible to thrive in the future.

One thing the pandemic has revealed is the fragility of busines models which are only sustainable if claims volumes remain above 90%.

However, guaranteeing those numbers on a consistent basis might be impossible. No one knows if volumes will return to post-Covid-19 levels, and if they will remain there if they do. Instead, bodyshops should prepare themselves to operate with much greater variation in volumes, and assume that fluctuations between 70% to 120% will be normal.

That was one of the key messages to come out of a thought-provoking ARC360 webinar, held in association with I Love Claims. Taking part were Keith Malik, senior director, global sales, Sherwin-Williams; Wayne Mason-Drust, managing director, Accident Express Group; and Sue Whyte, managing director, Action 365 Ltd.

Wayne said, ‘Volume repairers knew what they would get if they hit a certain number of jobs every month, but I am struggling to understand how they will consistently hit those numbers going forward. So they need to be fluid enough to handle a 50% flex in capacity levels, from 70% to 120%, with not too much stress.’

He added that another area where versatility could pay off was is in service. He said repairers traditionally let disruption flow down from above, but they could now become disruptors in their own right by offering different services in different parts of the country.

He explained, ‘What fits in one area of the country might not fit in another area. A one-size-fits-all approach might not work.’

Keith agreed that flexibility would be critical in the future, suggesting that it needed to be applied to changes in the market that were happening in real time as historical information was no longer valid.

He said, ‘Everyone has relied on legacy data, which has given us an ability to forecast on next month, next year. But a line has been drawn now and we can no longer forecast the way we could. We have to rely on real-time data. The whole value chain has to adapt to be working in real-time. We need to know what today looks like, and tomorrow.

‘It won’t be about having a full car park anymore, but about managing workflow and I see businesses choosing supply chains that can meet their immediate requirements and act in real-time or just-in-time. I think that will be one of the key learnings to come out of this.’

However, for that approach to work a new level of trust between sectors needs to be developed and maintained, with relationships based on trust not transactions so information can flow freely

Sue said, ‘If old data is no good then we need to be more collaborative and open with each other. That will be key. Sometimes we have challenges in our industry around trust and sharing, but I’d like to see that change going forward and would happily champion it.’

Meanwhile, the data provided by CAPS and Entegral was again encouraging for the sector.

CAPS reported a sharp 33% rise in unique claims, although it did qualify this number by saying that it was likely heavily influenced by some of the larger groups in the south west and south east restarting certain operations. Normalised across the UK, the increase would have been more in the region of 10-15% week-on-week.

Entegral, which measures Enterprise Rent-A-Car customer claims activity, actually reported a seven per cent decrease in the last seven days, but month-on-month claims are still up 46%, with eight per cent of this business coming within the new hotspots of Andover, Hatfield, Cambridge, Fife, Berwick Upon Tweed, and Haywards Heath.

According to the panellists, the jobs remain a mix of pent-up demand and new claims, with volumes very localised and sporadic, fluctuating on an almost daily basis.

Sue said, ‘We’re up to about 65% of expected claims, but repairs flowing through are not at that level. We expect it to rise to about 80% in the next few months, but there is still so little certainty we can’t look much beyond the next week.’

For many businesses though, how work picks up depends a great deal on where that work comes from. Wayne said that a large focus for him, at the moment, is looking at the human behaviours in the market his business serves. For example, many people are working from home now but he suspected they would return to work in greater numbers in the coming months.

He said, ‘I’m paying a lot of attention to human behaviour, not just our staff, but also within the wider community. I need to think, where do my claims come from and how is that market going to change in next six, 12, 18 months?’

On a global front, Keith said that Sherwin-Williams is considering more factors than ever before.

He said, ‘Our norms have changed and we’ve never had this complexity of decision-making before. We’re looking at things and trying to get in a position to anticipate customer demand, but customer behaviours are changing and although you can look at other geographies and try to get some guidance, different markets are reacting differently because of culture and work ethics.’

Meanwhile, next week’s ARC360 webinar will provide an opportunity for businesses to give their views on the state of the industry by taking part in the ILC Great British Motor Claims Survey. Those who take part will benefit from a real time view of the results as well as receipt of the full report later in the week.

For the slide deck shown during the webinar see below: