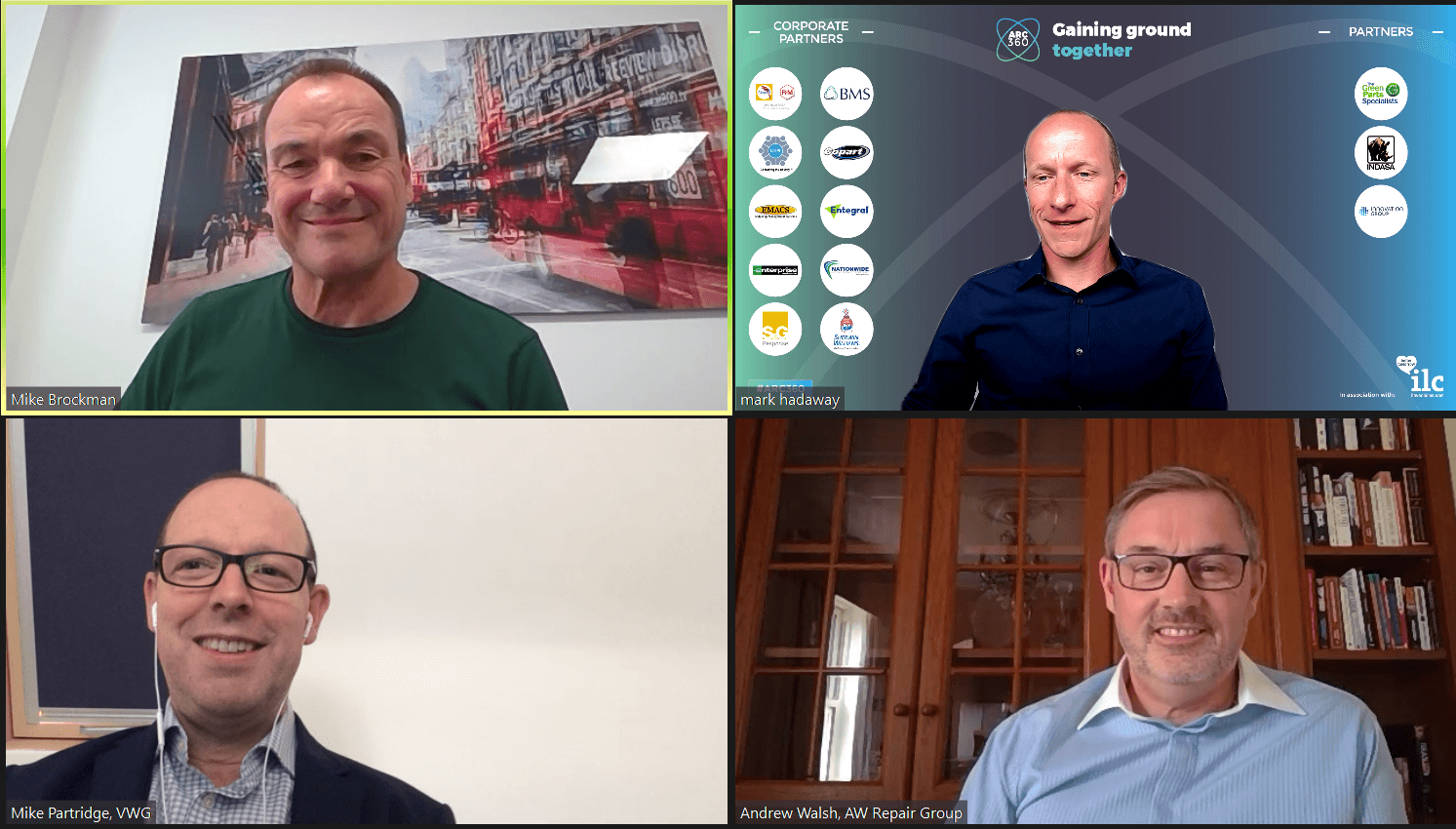 After a month’s break from live broadcasts in August, ARC360 returned with its second series of industry webinars on Wednesday 2 September, and the news that came from it was almost resoundingly good.

Produced in association with I Love Claims and appropriately titled – Back to Normality? – the webinar found that the recovery that had been building momentum in June and July continued apace through August, with most in the industry optimistic for a fast finish to 2020.

Andrew, who operates nine sites, said, ‘We’ve seen a 33% increase in volumes month on month since June, and August has been our best month. We’re at 85% of normal now and there is bound to be another upturn as we go forward with schools returning and more people going back to work. We still don’t know what the virus will do so we have to mindful of that, but if it’s not severe I think we could see 80% of normal volumes across the industry in the fourth quarter.’

Mike Partridge meanwhile, explained that VWG has seen an upturn in all three areas of its business: vehicle sales; routine maintenance; and paint and body repairs. He described August as ‘buoyant’ in terms of new car sales, and said the pent-up demand for MOTs and services ‘has been massive and still surging towards the network’.

He added, ‘The paint and body side is the weakest for us because there simply aren’t enough cars on the road. But the government has been encouraging people back to work, the school run is always a fairly rich seam for the collision repair industry, and then there is the supermarket run and the clocks changing, so there are green shoots there, too.’

For Mike Brockman, the lockdown has actually proven to be timely. ThingCo is still establishing itself in the telematics space and he said the last few months have enabled the company to perfect its product, which he describes as a connected in-car device.

He said, ‘Our first insurance customer in the UK went live with our product last week and we’ve got another lined up soon. So it’s been quite good for us. But I think everyone is getting more confident about the future. There was more uncertainty about what the new normal would be a few months ago, but most businesses are seeing positive trends.’

And, he added, China’s recovery should be further reason for encouragement. ThingCo has between 35 and 50 devices in Beijing, and although the sample is small it’s provided key insights.

Mike said, ‘After the initial phase of the pandemic, traffic behaviour in Beijing went back to normal quickly. Here in the UK people have been worried if driving habits will ever go back to normal but based on what I’ve seen there I am confident they will. We’re probably slightly slower in our recovery rate, but we’re getting there.’

The positive outlooks expressed by the panellists was mirrored by webinar attendees. In response to a live poll, 43% said business had been better than expected during August. A similar number (42%) said it had been as expected, with only 15% answering below expectations. Similarly, half (50%) said volumes were still between 60-70% of last year’s levels, suggesting there has been no waning of demand in the last month. Encouragingly, 28% put work levels at 70-80% and 22% said volumes had recovered to 80-100% or more of normal levels.

The poll also identified October as the telling month for most businesses (47%), with 83% saying their business has either changed somewhat or significantly since lockdown.

Andrew explained some of the changes within his group. He said, ‘Vehicle damage assessments and parts ordering have all been centralised. It was something we were already doing but we’ve accelerated the process. We were working with hibernated sites and stripped back staffing volumes, so we thought, let’s just do it, and it’s working well. We expect far more visibility and control from that, not to mention the costs we’ve been able to strip out.’

That sort of flexibility is something that has been witnessed across the sector in the last six months. Mike Partridge, who revealed that VWG’s network size reduced from 175 sites to 55 at one point, said that resilience, adaptability and creativity has enabled many more businesses than feared to survive the crisis, and would stand the industry in good stead for future issues.

However, while the overall message was a bright one, there are still grave concerns. A second wave of Covid-19 is a possibility, bringing with it local and/or national lockdowns, while the number people still on furlough suggests difficult decisions could be made in the coming weeks.

Andrew said, ‘There are bodyshops out there that still have half their staff on furlough even though volumes are recovering. So, I think there will have to be casualties, with some sites possibly even closing down.’

He also warned that the crisis will expose those repairers who have not kept up with technology, saying that the changes that have been accelerated socially and in other industries would be replicated in this sector.

He said, ‘Those who can’t and won’t, will fall by the wayside, those who can and do will prosper. The industry will be smaller and those who are left will be well-invested and able to repair the modern vehicle.’