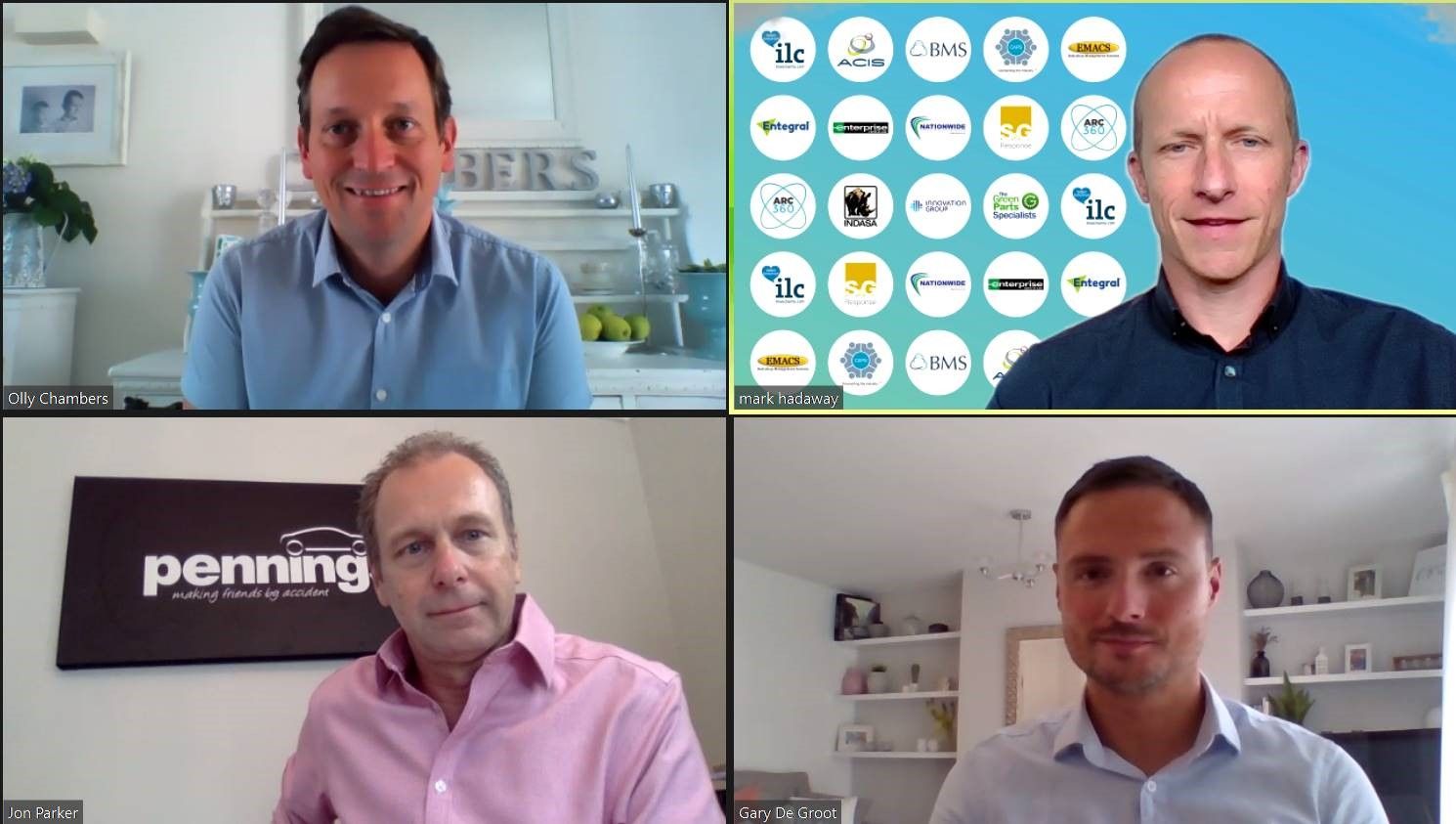 New data has revealed a sharp rise in claims volumes in the UK in the past week, while also identifying the hotspots where the recovery is most pronounced.

Meanwhile, analysis from global software solutions platform Entegral has revealed a similar spike in claims activity in the last fortnight, rising to 45% from a 25% base at the start of April.

Entegrals’ analysis, based on data from 225 postcodes across the UK, found that five per cent of all new claims originated in the corridor between Romford and Enfield, while Edinburgh accounted for a further two per cent of claims.

As volumes have risen sharply since the middle of May, Entegral has also identified new claims hotspots on the south west coast around Exeter, the Slough-West London region, and Manchester.

Catering for this growing demand, the number of repairers now open has risen from 510 at the start of April to 730 last week.

However, Olly Chambers, director of sales and operations, Entegral, warned businesses to prepare for fluctuations in the recovery, suggesting this spike could be followed by a plateau before numbers begin climbing again in September.

Speaking at the 11th ARC360 webinar, in association with I Love Claims, titled ‘The re-emergence of the industry’, he said, ‘We need to be wary of a spike caused by non-driveable repairs, with a plateau once that back-log is cleared. So, I think we need to watch the non-driveable repairs versus the driveables.’

However, as volumes rise, the issue of bringing people back to work becomes ever-more pertinent. Last week’s webinar examined the emotional challenges employees face after months away from the working environment, but the practicalities for employers remains critical.

Jon explained that Pennings reopened its Watford site first and is taking learnings from that experience to reopen sites in Milton Keynes and Leighton Buzzard, as well as a brand new site in Purfleet due to open on Monday (1 June 2020).

He said, ‘We’ve tried to bring in multi-skilled staff first to ensure we have a continuous workflow moving through the system. We don’t want single-skilled technicians standing around because volumes are still low, so they will come in last.’

Meanwhile, Gary said the Innovation Group is basing its furlough decisions on four key factors. Volume and government policy are the obvious ones, but it is also leveraging its global footprint to compare the recovery rates in other markets, while also monitoring the national attitude towards lockdown.

He said, ‘Spain has been mirroring us but is three to four weeks ahead. They’re now back at over 70% claims volumes so I hope in three to four weeks we’ll be back at that level too. But that will also depend on the national psyche. We’ve definitely noticed a more relaxed feel recently and I think that will see people getting out more.’

He added, ‘But no one wants to bring people back and then have to furlough them again, so we are taking a day-by-day approach; we need to be nimble rather than trying to strategise everything.’

Meanwhile, one thing that will change is remote working, with the coronavirus outbreak proving it is a practical solution. Gary suggested the crisis would have played out very differently 20 years ago because of the technological restrictions and said the last few months has revealed the efficiency gains that are possible.

Jon agreed. He said the claims process is laden with duplicate processes and technology correctly used could result in time and cost savings for the entire supply chain.

He said, ‘An end-to-end approach is something that really needs a good look. We have to simplify the process because there is a lot we can do to help, not just the repairer but everyone in the supply chain.’

However, the time to introduce, test and implement these changes is right now. As expressed during previous webinars, this is a unique window of opportunity to reset the industry, but it won’t be open for ever.

Olly said, ‘We have an opportunity now to define what the future looks like. We need to look at the entire process from FNOL (first notification of loss) to invoice and find out where the opportunities to improve are, and where we can be more efficient. But if we get to September and people are out and about again and volumes are back at 80% then we’ll have lost this time and nothing will ever change.’

Gary added, ‘All this has highlighted what a fragile ecosystem we all operate in. While we all operate independently, we’re ultimately all part of the same solution and I think this has brought us all closer together. We hear a lot of talk about how we’re all in it together, and I hope that’s true, because we’ve never had this opportunity to re-evaluate everything we do.’

Meanwhile, ARC360 founder Mark Hadaway encouraged anyone interested in contributing to a cross-industry discussion about a new way forward to get in touch.

He also revealed that the ILC Motor Festival 2020 was moving online, with events taking place every day during the week of 29 June – 3 July.