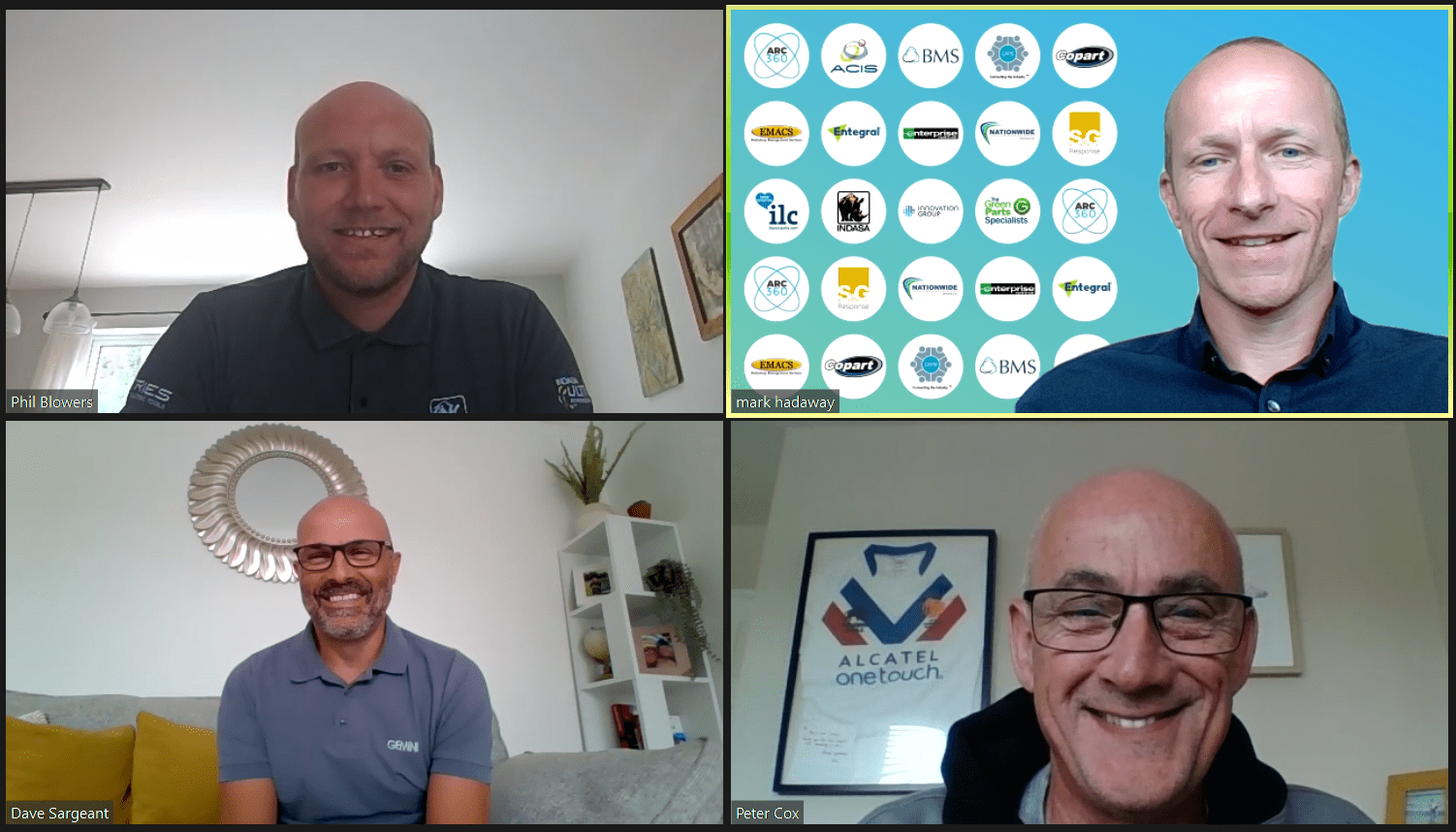 The next two months could go a long way to deciding which organisations will withstand the impact of Covid-19 and which will not.

Zombie businesses is a new, ominous phrase that has entered the pandemic lexicon. It describes those companies that are effectively finished but limping along until the government withdraws its life-support. With the furlough scheme ending in October, August and September could well be the time when these businesses decide to pull the plug.

That was the view of Dave Sargeant, managing director, Gemini Accident Repair Centres and chairman of AutoRaise, who was talking at the 20th ARC360 webinar, held in association with I Love Claims.

‘The toughest part is the people for us,’ Dave said. ‘It’s people before profit. We’re operating at about 65% of pre-Covid volumes with similar levels of staff. Volumes plateaued during June and July and those months have been good examples for us of what the business can do with that amount of people.’

Faced with this new reality, and the uncertainty about when and if volumes will return, Gemini is now considering restructure strategies to ensure it can ‘maintain and continue’ after coronavirus.

The golden number in terms of volumes is 80% this year, with notable upticks anticipated in September when the schools return, and October, when the clocks go back.

‘Another wave would knock everyone for six,’ Dave warned.

That was echoed by Phill, who drew on Indasa’s international footprint to highlight the global vagaries around the outbreak. He explained how certain European markets, such as Germany, had not been nearly as decimated as the UK and that Indasa was already operating at 100% there again. However, further afield it’s a different story. He said that while Europe had been struggling during the spring, markets further west – Mexico and Brazil – were untroubled, yet now the situation has reversed.

He said, ‘The industry has been resilient. The automotive market has continued to trade while others haven’t, but it’s ever-changing. Nobody is out of the woods. The biggest challenge in all markets has been the social distancing aspect, and until we see that relaxing we won’t see markets at their normal capacity.

‘We’ve seen how quickly this raises its head and how quickly we need to respond and I think we’re better prepared to deal with it now, but there are shifting sands and challenges.’

The fluctuations are not just geographic either. While many sectors in the UK are gradually building themselves back up, Peter revealed that low confidence levels continue to impact commercial claims volumes at QBE. He said QBE’s commercial business did not align with the 25% monthly increases experienced by Entegral, and said volumes remain below 50% of normal.

‘It’s all a confidence issue. Fleets are reluctant to let go of their vehicles because of the perception they won’t get them back for a long time. So as long as the vehicle is still road legal they’re reluctant to have minor damage repaired. These vehicles need repairing so we’re sure it will come once the customer-base believes the supply chain is back and can deliver as per usual, but we’re not seeing it yet.’

Meanwhile, Dave claimed that there is still time for lasting change to come to the industry as a result of Covid-19. Last week’s webinar suggested that the industry was missing it’s window of opportunity, but Dave thought significant change could only really occur once the crisis has past.

He said, ‘I don’t think the opportunity to improve the industry has gone. Everyone is dealing with their own things right now. Once we’re over this, that will be the time to ask what we can improve and how. It’s alright to alert people to these conversations, but it’s not the right time to start rewriting contracts. We need to make permanent changes and it will be the first quarter of next year before we can have these meaningful chats.’

Dave believes the key areas that need debating surround static costs for repairers, such as courtesy cars and estimates, but is confident insurers will be receptive.

He said, ‘The insurers we work with have been really quick and flexible. They’ve made quick decisions that have helped us through this. So they can do it if they really want you to succeed and be part of their network.’

Rounding off the series

This webinar was the last in an unbroken series of 20 since the outbreak began. During that time more than 60 industry experts have joined the panel, attracting more than 4,500 viewers.

Following a break in August to make some ‘upgrades’, the next ARC360 webinar series will kick off on Wednesday 2 September (click here to register) on a bi-weekly basis. Podcasts will also become part of the continued industry communication.

‘We’ve been blown away by the support we have received over the past 20 weeks for the webinars. During such challenging times for everyone, it really has been so rewarding in helping to keep the industry communicating and sharing insight,’ said Mark Hadaway, ARC360 co-founder.

He continued, ‘We’re now taking a break from ‘live’ broadcasting during August to make several enhancements to our offering and look forward to making a return in September.’

ARC360 is also planning a return to full conference mode at the British Motor Museum on 24 November. Click here to find out more.