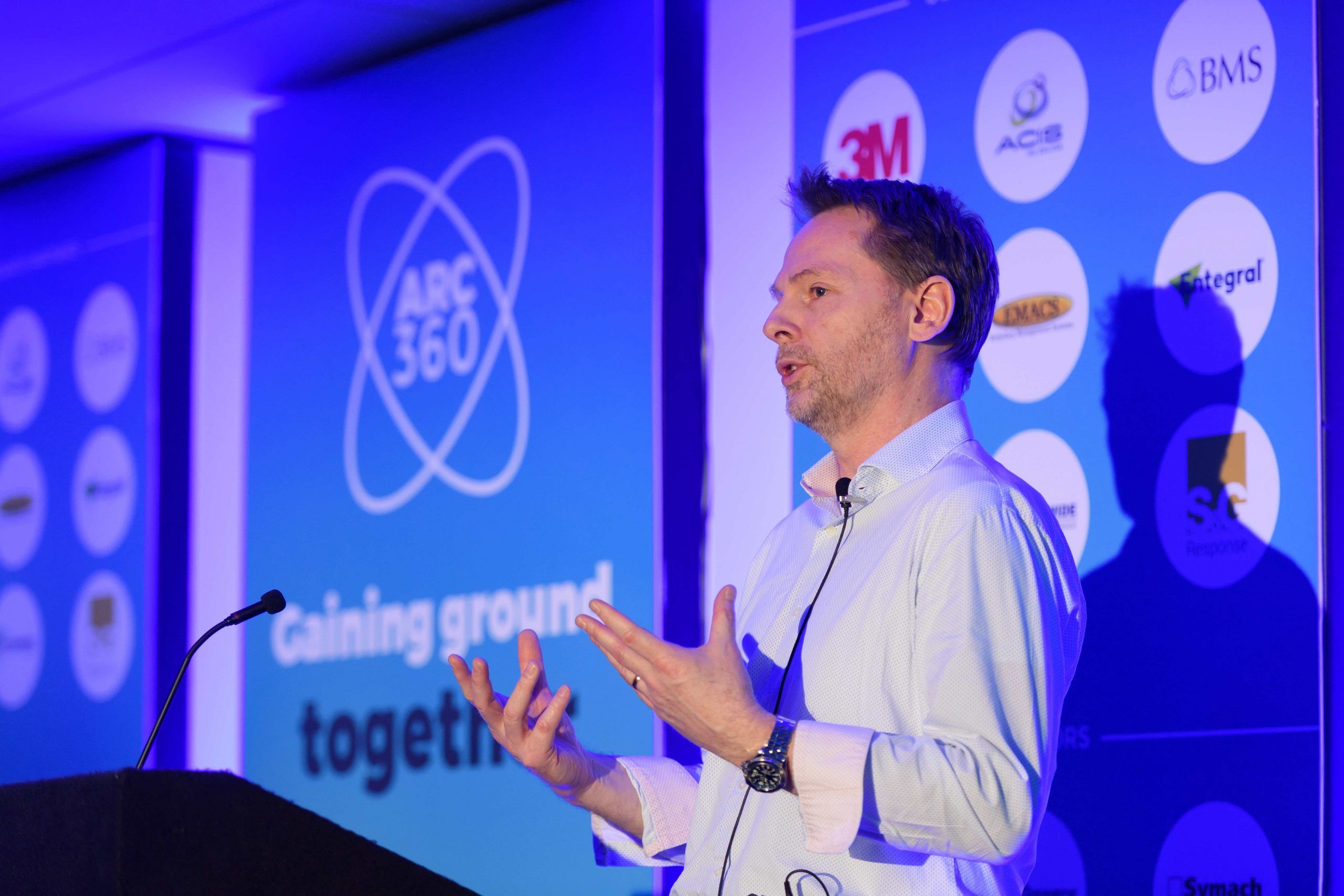 Claims transformation specialist Rob Smale delivered a devastating account of the insurer/repairer relationship at the ARC360 launch event and warned businesses that only total change would safeguard their futures.

Speaking to more than 250 delegates from across the industry, he said, ‘Tinkering won’t work. The most successful companies will be those who are prepared to disrupt every process. Technological change is one thing, but this requires a philosophical shift in attitudes.’

Rob explained that although insurance and repair is effectively one business, the two do not work hand in hand. He said the idea of a partnership existing between them is largely fallacy, describing it instead as ‘transactional’ and ‘frictional’, with contracts often used as control methods and ingrained processes such as inspections that are costly and ineffective.

He said, ‘Using inspection to measure quality went out in the 1970s. It’s led to repairers doing things to conform rather than because they’re the right thing to do. And it doesn’t work. If you know someone is going to check your work, you’re more likely to rush it through to earn your bonus.’

However, as bad as it may be now, he warned it was likely to get worse before it gets better because of the pressure insurers find themselves under (insurance-related repair expenditure rose four per cent in the first half of 2019 while repair levels are expected to decrease this year).

Technology could be a solution, but it could also be misused.

Rob said, ‘I’m worried insurers will go for the cost-reduction aspects of technology, without worrying about how it affects the customer, rather than taking a holistic approach.

‘They are panicking, because the industry is changing so much they aren’t able to use historical data to measure the future. So I think the next few years are going to be pretty tough for the relationship between insurers and repairers. The risk is people reverting to type: more inspection, more conformance, more cost. Maybe now is the time to look at doing things differently.’

That should begin with the way contracts are cast. He encouraged repairers to forget about their ‘obsession’ with labour rates and to consider what else they have that insurers want.

Rob said, ‘The success of insurers in the future will be based on data. Repairers should question how they can use their contact with the customer and vehicle to tell insurers something they don’t know.’

He concluded, ‘We know where we’re going, but we don’t know how we’re going to get there. The transition could bring an awful lot of pain, but the ones who will be most successful in the future will be the ones who risk changing everything.’

ARC360’s next event takes place on 18 March 2020 at the British Motor Museum – book your ticket now.