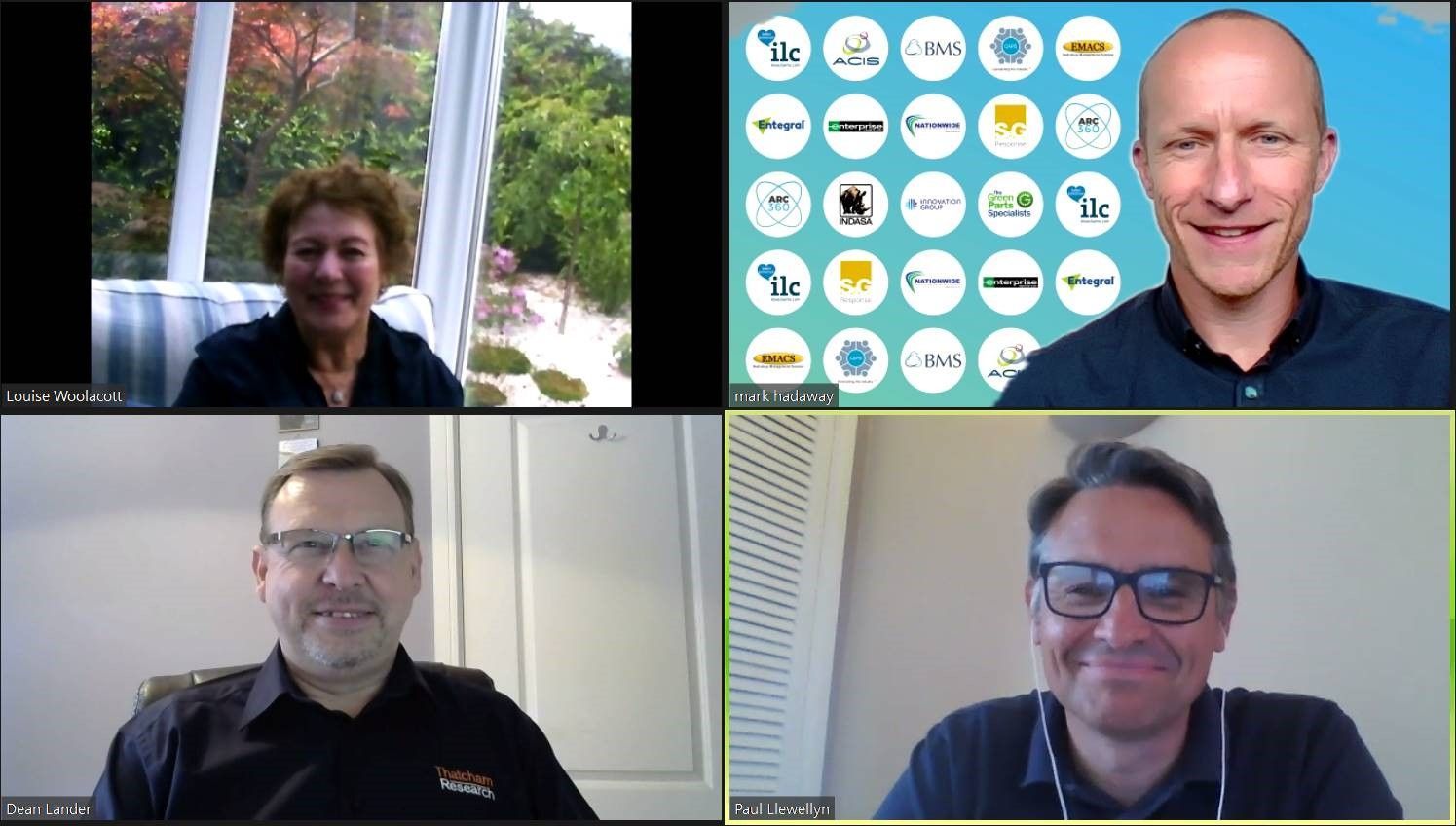 Claims activity jumped by 14% last week according to two different sets of data, with volumes reaching their highest levels since late March.

CAPS reported that unique claims initiated had risen to 65% of normal levels, while Entegral, which measures Enterprise Rent-A-Car customer claims activity (those requiring a rental vehicle plus the addition of its own claims business), also reported a 14% jump in the last seven days.

These figures were underpinned by Trend Tracker’s third UK Body Repair COVID-19 Report (https://www.trendtracker.co.uk/government-fiscal-support-measures-prove-vital-for-bodyshops/), which found that more than 97% of the 144 respondents had reopened their shops either fully or at reduced levels, while 81.8% remain cautiously or very confident they will withstand the financial impact of the virus.

It was also exclusively announced during the webinar that the BS10125 standard will undergo ‘significant’ revision. Dean, who was appointed chair of the British Standards Institution committee on Automotive Services SVS/20, revealed that the committee had submitted a business case for revision and that had been approved late last week.

‘It will be a significant revision,’ he said.

Perhaps a more immediate concern is the Covid-19 cleansing charge – the additional cost per job of ensuring the vehicle has been sanitised and is safe to repair and also then safe to return to the customer.

With no set process or fee, this has been a bone of serious contention during lockdown, with repairers and insurers often at odds about how much the charge should be and who should pay it. Respondents to the Trend Tracker survey put the cost at anything from £0 to £400, with £75.50 the mean figure, but this is far from settled.

Louise said, ‘My role is that of a juggler. One of those balls is Covid-19 and if I drop that it could be someone’s life. I’m not normally risk-averse, but I take this very, very seriously. Wiping the car with an anti-bacterial wipe won’t make a jot of difference. There has to be an agreed process. It should not be very hard to do. But, at the moment, some insurers allow us to charge one price and some allow us to charge another. It’s a nonsense because we have to use the same processes to protect our staff regardless of where the job came from.’

Paul said that some of the disagreements might be a result of a lack of knowledge. He said, ‘As an insurer, it’s about understanding what extra needs to be done during the repair and then putting a charge to it. That hasn’t been broken down.’

Dean urged both sides to come together to agree a cost, suggesting that sanitising a vehicle is a process the same as any other and it should not be difficult to define it.

‘It does seem like a fairly simple problem,’ he said.

Less simple is balancing the return to work. Although volumes have been steadily increasing – and could spike again next week when retail shops are allowed to open – there is huge trepidation within the industry.

Louise said, ‘We need to be cautious with this recovery. We don’t want to overestimate it and know that a second dip would be disastrous.’

She said Fix Auto Mid Devon would make use of the furlough scheme while it was available, and while it was important to get back to repairing cars it was also important to keep work in reserve in case of another dip. Although, she admitted, that risked insurers moving the repair elsewhere.

In response Paul said, ‘We’re very aware that 100% of our network is now open but not all are open fully, and we know repairers are balancing work. If they’re in control, we have a duty to trust them and not lose patience. We need to understand the needs of each repairer instead of mandating across the board, but this is about constant dialogue.

‘Over the years we’ve worked hard to build a strong network and they’ve supported us brilliantly. We have found during this period that investment in the network pays you back in spades when push comes to shove and we are incredibly proud of that.’

Another issue discussed was training, which has understandably taken a back seat within many businesses during this crisis. However, Dean warned that the industry can’t afford to take its eye off the ball for very long or a problem that was already severe three months ago could be nearly unmanageable.

He said, ‘The need for upskilling is something we can’t put on hold. We have to make sure the tech boom in the automotive industry can be dealt with in the repair sector. It’s clear that some people will choose not to return to work after this; if we don’t have enough talent in the pipeline to replace the normal churn, then this could have serious long-term effects. We need to stay laser-focussed on the skills challenge.’

He explained how Thatcham Research had turned to digital solutions during lockdown to keep apprentices engaged, revealing that 92% of its apprentices had received some form of learning in May. He urged the industry, and bodyshops especially, to consider remote learning as a viable alternative that is less demanding on both financial and manpower resources.

Looking ahead, Louise warned that rising volumes do not automatically mean an end to the struggle.

She said, ‘William Buffett said that only when the tide goes out do you discover who has been swimming naked. Well, I think the tide is still receding. I don’t think things will ever be the same again, and I hope they’re not. We need to find ways of making things better. We have to use this as a positive turning point and emerge stronger. But we’re all masters of our own businesses. It’s not insurers’ duty to rescue repairers from this.’

Dean agreed. He said that it was easy to be negative now, but the flip side is that so many things have been learned in the last 10-12 weeks and the focus now must be retaining those learnings going forward.

He said, ‘Let’s learn from the positives to come out of this and work better together in the future.’