Webinar overview: A change is going to come 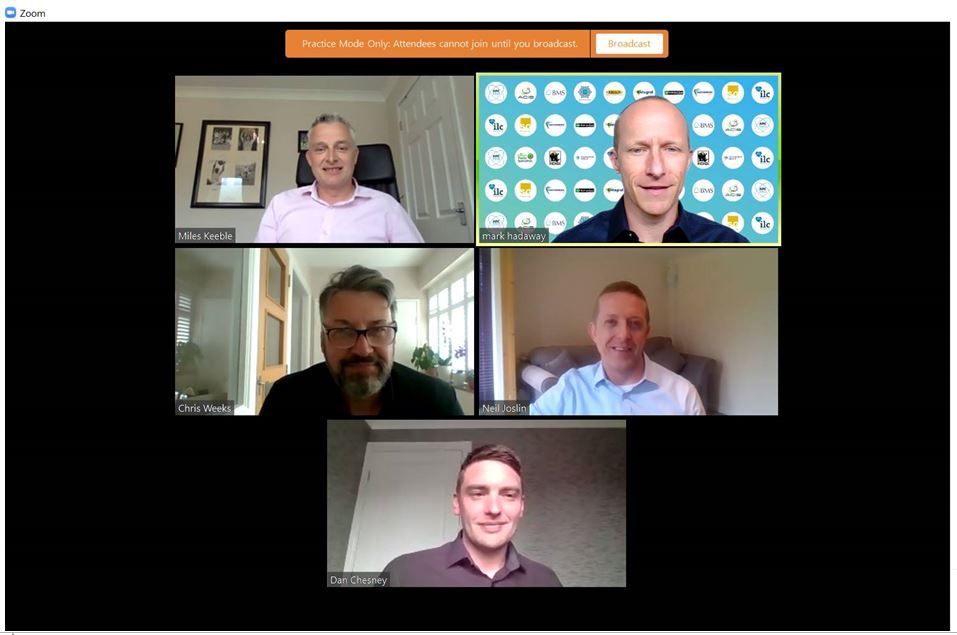 There has been much talk about a major reset of the repair industry following the Covid-19 pandemic; panellists taking part in the seventh webinar hosted by ARC360, in association with I Love Claims, offered insights on where those fundamental changes might come.

One area where the panellists agreed significant disruption could come is in the make-up of the vehicle parc, as attitudes and demand for used cars has shifted during the pandemic, impacting on prices.

Neil, whose company manages a network of salvage agents, suggested insurers will notice the difference.

He said, ‘In normal circumstances one in four of accidents will end up in total loss, but how will that change if the value of vehicles decreases, bringing down their total loss value? And what will that look like for salvage returns, considering salvage income is usually the second largest revenue stream for insurers behind premiums?’

Dan agreed, saying that S&G is already considering ways in which repairs might change if there is a ‘totally different spectrum of cars on the road’. He said that pre Covid-19 the company was looking at repair over replace and the wider use of green parts, but that approach may no longer be as viable.

But while there might be a slightly different look to the UK car parc, a more lasting and significant change for repairers could come in the way they approach future contract negotiations.

Certain, existing contracts have been exposed by current trading conditions as horribly flawed – and weighted against them – and going forward Chris urged repairers to negotiate greater flexibility.

He pointed out that while businesses in other industries have been able to adjust pricing terms to at least breakeven, bodyshops have been locked into contracts that have given them no room to maneouvre. As a single example, he explained that disruptions to supply chains has meant bodyshops are paying up to 10% more than normal for parts, yet there is no way to recoup that additional cost.

He said, ‘We need to have a long hard look at the way contracts are put together so we turn fixed costs into variable costs. The support we’ve received has not been enough; partnership is a word that is used a lot, but this hasn’t felt as much like a partnership as we’d have liked.’

Underpinning that sense, Miles said that some insurers were injecting cash into their vehicle recovery partners, who had also started charging higher prices for their services.

‘That’s quite a contrast to what’s happening with repairers,’ Miles said, who also revealed that future bodyshops business models might not have to factor in the cost of courtesy cars or the inefficient practice of technicians recovering vehicles.

He said, ‘We’ve already had conversations around collection and delivery, and we’re planning more going forward.’

In terms of broader implications, Dan said he expects about 30% of S&G staff to work remotely going forward, while also predicting a huge reduction in miles driven by the sales team following the successful use of technology during the lockdown.

‘Commuter miles will drop but the number of commuters will probably increase,’ he said, while Neil suggested that flexible working could reduce rush-hour traffic, and therefore claims.

Meanwhile, panellists all reported a tentative upturn in volumes in recent weeks. Miles said the number of home start call-outs in April actually exceeded those in February, supporting the theory that people are returning to their vehicles after a long time not driving. He said this has come alongside a 10% overall increase in volume in the last few weeks, although the company remains about 65% down year-on-year.

He said, ‘It feels like we might reach about 80% of normal volume towards the end of July and into August, rising to about 90% in November.’

That 10% uptick was echoed by Neil, who said the e2e Total Loss Vehicle Management volumes almost immediately crashed to a quarter of what they’d normally see when the UK went into lockdown but have shown signs of improvement in the back half of April, mirroring reports from the AA and TomTom of increased traffic, breakdowns and congestion.

He suggested that a return to the roads could result in a short-term boost for repairers, as drivers might be ‘rusty’ while less congestion could encourage them to drive faster.

But despite these promising signs, Chris said NBRA members had not yet felt the recovery in their shops.

‘You can see the roads are busier. The Petrol Retailers Association saw fuel sales down 70% but last week they reported fuel sales were down 55%, so it’s clear people are getting their cars out again. But bodyshops haven’t seen a lot of change.’

However, that might be about to come. According to Chris, figures from Audatex suggest there are about 21,000 jobs that haven’t yet made their way to repairers.

Bodyshops are already inviting administrative staff back and contacting customers, but Chris warned that returning to work could yet prove the most challenging part of the crisis.

He said, ‘When it does get going our job is to help bodyshops get their business back on their feet again. No one knows what the numbers will be like and one thing that will be important is not bringing too many people back to work and not having any work for them.’

Chris pointed out that staff in the UK have to be Furloughed in 21-day blocks, while in France the scheme was far more flexible, allowing employers to react more freely to demand. He suggested that the NBRA would be appealing to government for similar arrangements in the UK.

Meanwhile, bodyshops are encouraged to take part in the second industry survey carried out by TrendTracker, ARC360 and the NBRA. The first provided telling insights into the state of the sector shortly after lockdown was imposed. The follow-up survey will undertake to detail exactly how repairers have coped since.

Chris said, ‘It will be tremendously informative and serve as a fantastic record of what’s been going on.’

The survey can be found at: https://survey.sogosurvey.com/survey.aspx?k=SsQWQSYVsRsPsPsP&lang=0&data= and findings will be discussed during next week’s webinar.