What Amazon can teach us 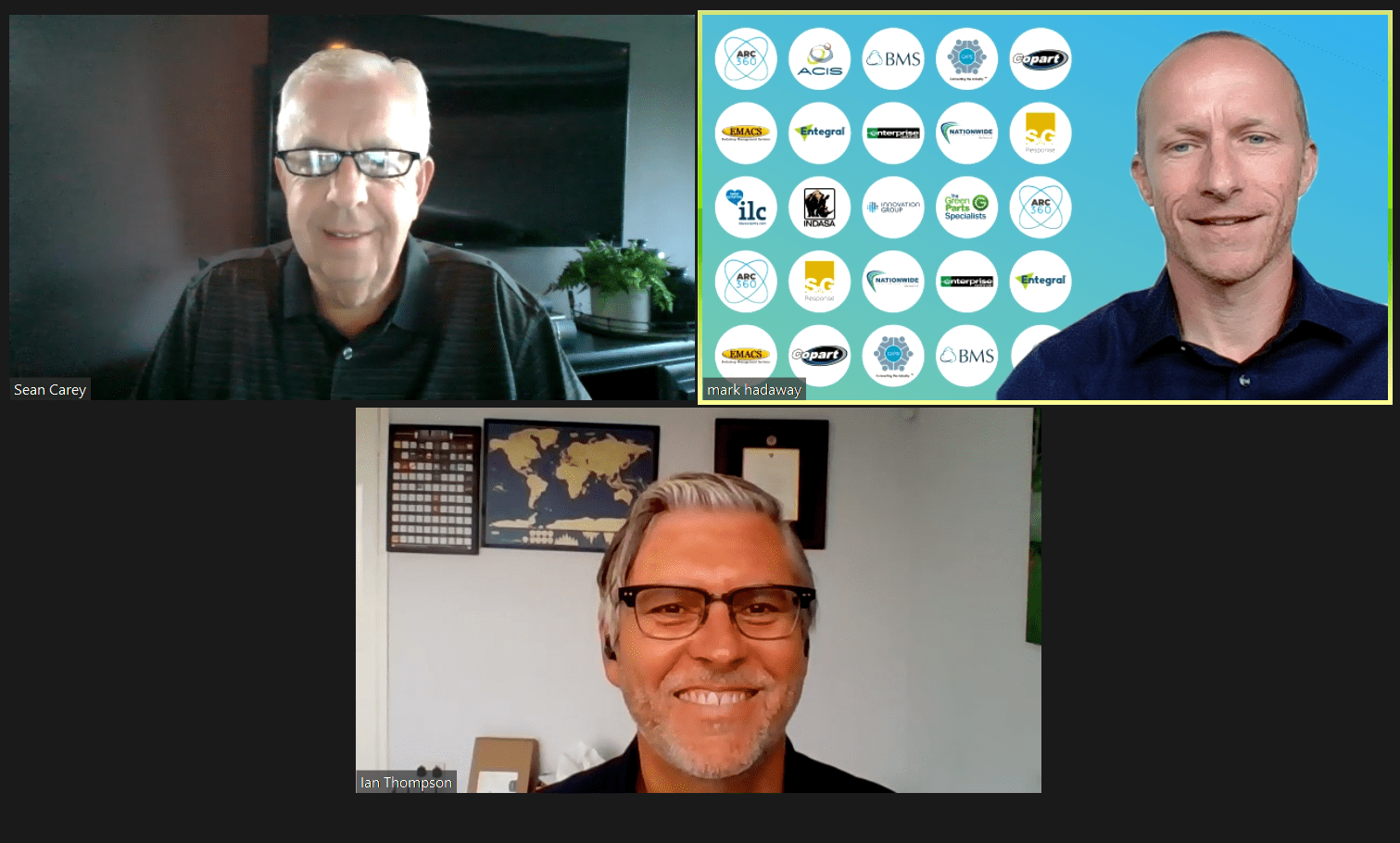 The automotive supply chain must ‘face its demons’ and emerge from the Covid-19 crisis more pragmatic and practical.

That was the key soundbite to emerge from the 17th ARC360 webinar, held in association with I Love Claims, which carried an international flavour with panellists Sean Carey, president, SCG Management Consultants LLC, and Ian Thompson, group chief claims officer, Zurich Insurance.

They agreed that the supply chain model pre-pandemic is no longer sustainable, insisting that the layers of fat inserted into the middle of it need to be stripped away to ensure a frictionless, autonomous movement of products and parts.

‘We have to find out how we get part A to buyer B in the quickest, most efficient way,’ Sean said. ‘The supply chain has to face its demons; 20 years ago it survived by adding value at different stages, but it has to evolve. The Amazon business model will simply have to be replicated. The biggest risk is going back to what we did before.’

One thing that must be built into the supply chain is greater resilience. Ian said that in many cases it held up better than expected during the crisis but added that was largely down to extreme measures which brought greater costs. Those costs, Sean warned, will be felt for years to come.

He said, ‘The OEMs went into shock. They didn’t anticipate the depth of this and haven’t been able to react to the ongoing effects of shutting down factories. There is a great deal of production planning in place. That has just been completely thrown out of kilter.’

He revealed that, worldwide, there will be 35 million fewer vehicle shipments this year than manufacturers had anticipated. That means 35 million fewer new cars on the road in 2021. In the US that number is about four million, which equates to an immediate revenue shortfall for vehicle manufacturers of about $166bn – and that figure will double in the coming years as manufacturers also miss out on the aftersales revenues of those vehicle.

Sean said, ‘From the moment the vehicle leaves the factory OEMs switch to aftersales services. They won’t have any of that now. So this will have a significant tail of OEM disruption for years to come.’

One possible result of this will see vehicle manufacturers leapfrog stages of technology. For example, instead of introducing ADAS gradually, moving through the levels with each model, they will jump ahead and imbed advanced levels of automation into even their mainstream models.

This jump forward in innovation is already happening in the area of remote vehicle damage assessments. Ian revealed that before the outbreak barely 20% of estimates Zurich Insurance processed were remote, but that has surged to beyond 60%. He said this has been customer-led.

Ian said, ‘The challenge around remote assessment has been customer reluctance. Germany was struggling to get 20% before Covid-19, now it’s 60% plus. If you build out from that you see the acceleration of the acceptance of doing things remotely. I think we will find a much more willing consumer-base for automation, and that will change the way we think about operating.’

However, he warned that any rush towards change had to do two things: it had to serve customer needs and it had to work for the entire supply chain. Ian said that repair networks had to be part of the solution or it would simply not be sustainable.

‘This crisis is going to have to drive difference. The key thing is to work together to develop these solutions and realise that it’s not one size fits all. We’re all in the same boat, so this has forced a collaboration that wasn’t there in the normal environment. We can deploy all the technology we want, but if it doesn’t work for everyone then it isn’t sustainable.’

Earlier, the webinar provided a valuable recap of data gleaned from ARC360 partners CAPS and Entegral. CAPS reported that unique claims in June had risen to 60% of normal levels (January 2020 representing 100%), up from 34% in May, while supply chain transmissions were at 62%.

There was also a brief summary of key findings from I Love Claims’ The Great British Motor Claims Survey, which took place last week when 137 respondents representing all sectors of the industry took part.

It found that less than a third (28%) were looking beyond six months in terms of business strategy, with 36% saying their key timeline was under three months and the same number saying the next three to six months was their focus.

Meanwhile, 69% of respondents predicted fewer people driving as a result of Covid-19. In terms of claims volumes, exactly half anticipated a drop of 10-20% going into quarter four, with a further 36% putting the decrease at 21-40%. More than half (53%) said they thought repair costs would go up.

The importance of this data cannot be overstated.

‘The entire ecosystem is hanging on any piece of data,’ Sean said. ‘It’s a mixed bag, but there is a confidence that wasn’t there in February and March. There is some light at the end of some tunnel, somewhere.’

Ian added, ‘I think the bounceback will happen. People are avoiding public transport and the queues on the roads are back. That will pick up, which will lead to a pick-up in repairs. But there is still so much uncertainty. We’re used to looking at patterns of the past, but these are new patterns. There won’t be a business as usual anymore.’

Please find slide deck from the webinar below: