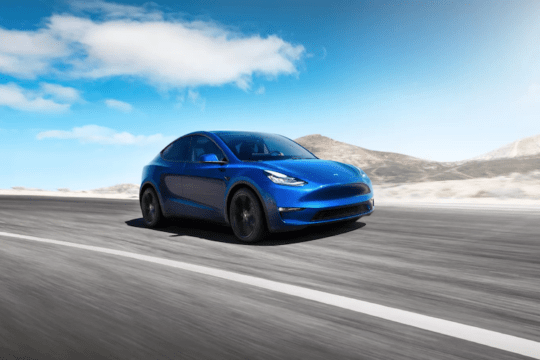 I’ve never been a big fan of the term disruption. I believe that in the InsurTech world, a majority of the startups are partnering with incumbents to enable industry transformation.

They are catalysts for change, to be sure. But few are truly turning the industry on its head. For instance, Lemonade is a startup that, since its inception, has positioned itself as a disruptor. The slogan is still “Forget Everything You Know About Insurance.” The constant marketing drumbeat from the company has emphasized its different approach and has especially focused on appealing to millennials. And with the recent spectacular IPO, Lemonade has the attention of the insurance world. I believe Lemonade has been very good for the industry (and it has certainly been good for the founders). But I think that Tesla has the potential to be even more of a disruptor in the long run.

This might seem an odd assertion, given that Tesla has heretofore only dipped its toe in the insurance waters, and Lemonade is four years old and on a roll. At this stage, Tesla is only a year into the California auto market as a broker backed by State National (a Markel company), with mixed results. But what has caught my attention is Elon Musk’s callout to insurance actuaries – inviting them to join Tesla to create a “revolutionary” insurance company. You don’t go on a hiring spree of actuaries if you plan to be just a distribution player. Now, on the surface, it might seem strange that insurance would be of interest to Elon Musk. To illustrate, let’s play the Sesame Street game, “Which one of these things is not like the other?”

The answer is obvious – does insurance really have the potential to transform the world like these other ventures? Maybe not, but insurance is undoubtedly an enabler of these revolutionary advances and an essential foundation of the economy. And there is actually great potential to “revolutionize” insurance and make a lot of money in the process.

Back to the Lemonade/Tesla discussion. Starting an insurance carrier is a long play. Lemonade, with all its success, is only a small blip in the industry financial picture. Renters and pet insurance are nice businesses, but they will always be secondary lines. Lemonade has also entered homeowners, so there is much more potential there. But now they have to contend with the likes of Hippo, not just the State Farms and Allstates of the world. At SMA, we consider insurers with premiums of over $5B to be Tier 1. Lemonade may become a Tier 1 insurer someday, but it is likely to be years away.

On the other hand, let’s consider Tesla’s prospects. Tesla is not the first auto insurance company to enter insurance and try bundling. Others have taken this approach, and especially those in the autonomous vehicle game, have announced plans for insurance. Most still partner with an insurance company as underwriter. This has been Tesla’s initial approach, as well. Now, with stated plans to build an insurance company, the calculus changes. Imagine yourself as a brilliant young actuary – wouldn’t it be cool to sign on with visionary Elon Musk and help rethink insurance? For that matter, it won’t stop at actuaries – other industry professionals are sure to be recruited for this venture. Underwriters (if they have them), adjusters, loss control engineers, and others will probably join on. Now, that is no guarantee of success … and the same long play dynamics will apply to Tesla as Lemonade. However, what Tesla has are some unique advantages. First, it has a well-respected, established brand. Secondly, it has the underlying assets that will be insured – the electric/autonomous vehicles. Third, it has the track record and energy of Musk and his enterprise. Of course, this is all speculation – Tesla may not go full bore into insurance, and if they do, they may not succeed for various reasons. But I, for one, would not bet against Elon Musk.