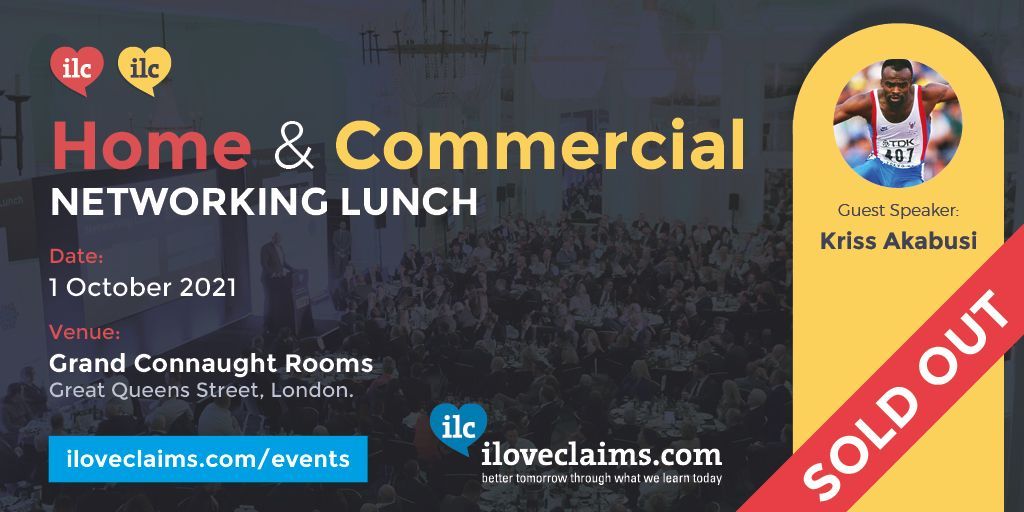 The Olympic themed ILC Home and Commercial Networking Lunch, taking place at the Grand Connaught Rooms, London, on 1 October has sold out in record breaking time.

The event will bring together more than 400 claims professionals for a terrific Networking event at one of the capital’s most prestigious venues, with a keynote address from guest speaker, former Olympic athlete Chris Akabusi MBE.

Alan Soutar, ILC Home chairman, said, “ It’s been a long time since  Home and Commercial Claims colleagues  have been able to get together, so we are really looking forward the return of this key event in the calender”

ILC’s chosen charity, Rainbow Trust will also be supported. Fundraising over the years is approaching £1,000,000 and the Lunch will push us nearer that landmark.