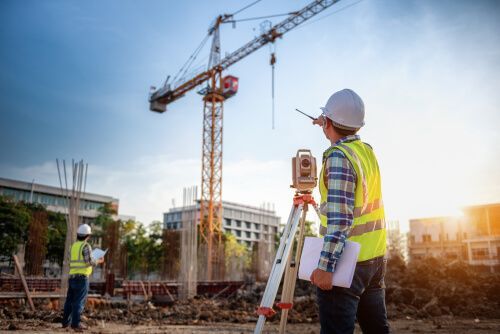 A record increase in construction workloads in June brought with it new highs in costs, according to the latest Purchasing Managers’ Index (PMI).

It marked an all-time high for the activity index, which has been running since 1997. A reading above 50 indicates activity is increasing, the higher the number, the greater the rate of change. All three sectors – residential, commercial and civils – reported activity figures above 60, with strong new orders for both residential and commercial work.

Tim Moore, economics director at IHS Markit, which co-produces the index with the Chartered Institute of Procurement and Supply, said: “Total new orders expanded at one of the strongest rates since the summer of 2007, mostly reflecting robust demand for residential projects and a boost to commercial work from the reopening UK economy.”

Surging activity and increased demand for products has created supply problems. Beard finance director Fraser Johns said June’s data reflected a “tale of two parts” in the industry: “In June we saw activity grow at the fastest pace since 1997, led by a wave of new orders, which have increased month on month,” he said. “However, at the same time, delays in the supply chain were at their worst for 24 years, and prices soared at the fastest rate since the survey began.”

More than three in four respondents reported lead times had increased in June compared to May and that supply delays were the worst on record since 1997. Construction firms said suppliers were short on stock, which was partially attributed to delays with shipping and haulage, especially in the case of products from the EU. Cement, concrete, plaster, steel, timber and roof tiles were cited as the items in shortest supply.

Material shortages has led to rapid cost inflation, with average prices paid increasing at the highest recorded in 24 years of the PMI survey. In addition, prices charged by subcontractors also increased at the steepest rate on record.

Chartered Institute of Procurement and Supply group director Duncan Brock said: “The meagre availability of raw materials placed obstacles in the path of stronger workflows where supplier delivery times extended into record-breaking territory once again and surpassed the height of disruption when the pandemic first hit.”

There is evidence that supply problems could dampen workloads, with optimism for the next 12 months falling to the lowest level since January.

Johns said: “Given the pressure from the increase in new orders, which is what we all wanted to see following the decline last year, there is a real danger of the sector overheating. With the summer holidays expected to see labour shortages as foreign workers head home for the first time in months, this situation is likely to get worse before it gets better.” Supply chains need to work together to mitigate the risk and impact of any delays, he added.

Housebuilders have cited material shortages as their biggest barrier to work, ahead of labour availability, planning problems and land availability.

Mace recently made significant changes to its tender-price forecast, revising up prices for 2021 and 2022 in light of the materials inflation seen this year.