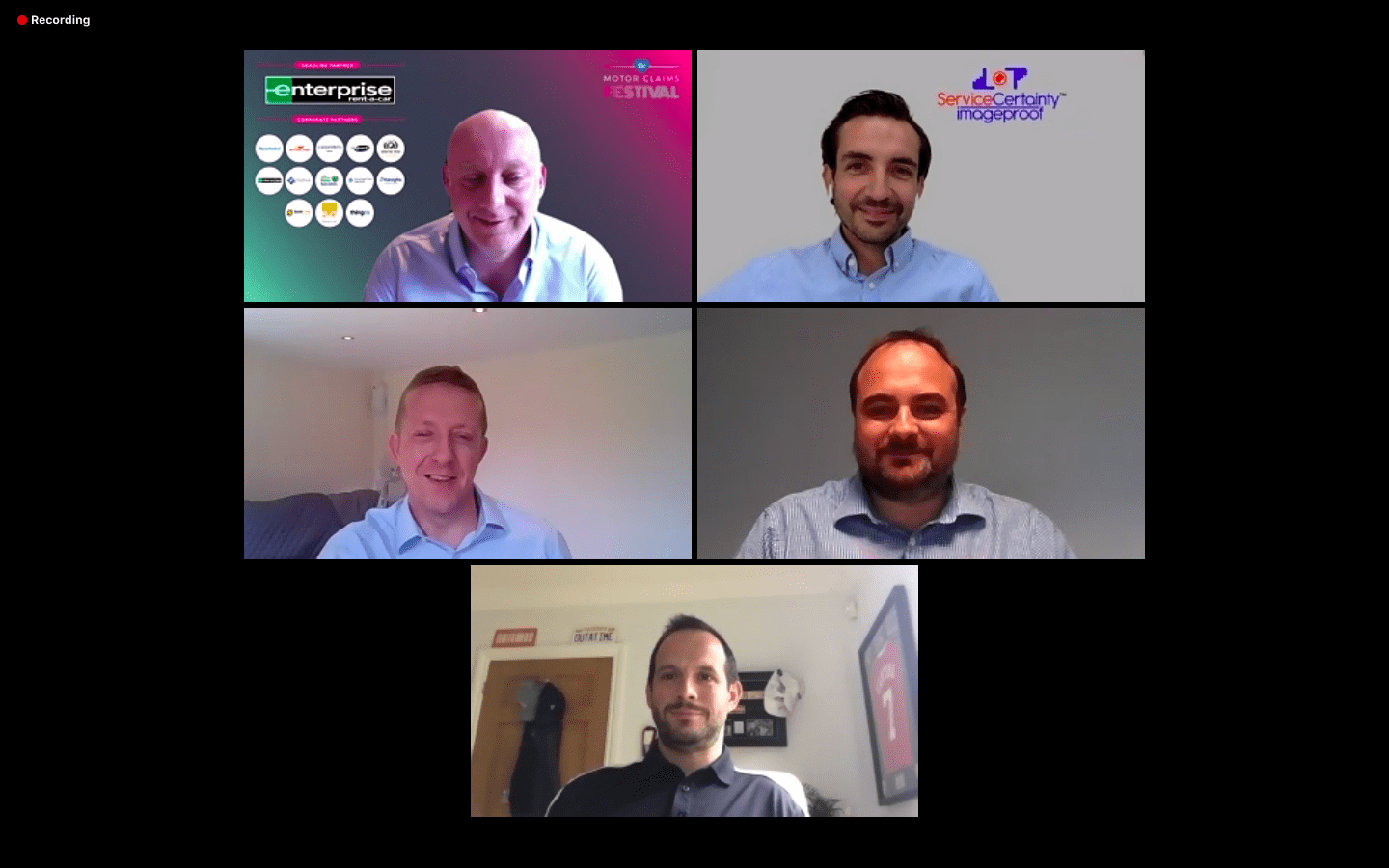 Improved customer service could be one of the key benefits to emerge from the Covid-19 outbreak.

This was the verdict of the second digital panel session of the I Love Claims Motor Festival, which examined The Changing Landscape of the Motor Claims Supply Chain.

They discussed how the pandemic had, in many cases, encouraged them to focus on their core functions and deal with customers on a personal level to meet their individual needs. Each expressed the intention to retain that focus going forward.

Neil said, ‘The whole period has taught us to listen a bit more to our customers and we’ve been able to flex our processes around what they are comfortable with. It’s been a really good reminder that spending a bit more time on service delivery is so important. Our customers have all had different issues, so it’s been like problem-solving on an individual level, and I’d like to think we won’t lose sight of that when we come through this.’

Customer relations was also something Stuart identified as an area where critical improvements could be made.

He said, ‘The biggest change for us will be the way we interact with consumers. We’re a people-focussed business. Pre-Covid, we were working at customer experience and customer excellence, and we’ve now become laser-focused on that.’

The vehicle rental process has not always been the most engaging and convenient, Stuart admitted, but said that during lockdown Enterprise, acknowledging the vital role it plays in keeping key workers mobile, had been working on introducing a no-touch system to enable customers to collect cars from a fixed location that is convenient to them, with no paperwork.

He said, ‘It was a path we were already on, but we’ve just got there a lot quicker now. It’s on pilot now and will be in Europe in next two months.’

Meanwhile, Stuart also revealed that Enterprise research had found consumers were avoiding public transport wherever possible and instead favouring modes of travel that were ‘clean, safe places.’ That attitude supports data that more and more people are getting back in their cars.

Neil pointed out that volumes at e2e were 40% higher in the last week of May than they had been in the first, while Marc agreed that at The Vella Group claims had been rising steadily after dropping to about 20% of normal levels when lockdown was first imposed.

He said, ‘A lot of what we’ve seen has coincided with the government changes around their guidance. But it’s difficult to look too far ahead. About three weeks ago we saw a big spike and then immediately it came back down again, and we’re now at about 60%-70% of normal levels.’

However, one significant shift Marc had identified had been around consumer behaviour.

He explained, ‘People’s behaviours have changed drastically and rapidly. Throughout April there was a real reluctance to engage at all. As we headed through May and consumers realised the virus wasn’t going anywhere they began to proceed slowly again, but now they’re almost apathetic towards coronavirus and we’re having to remind them there are safety processes in place.’

One of those safety processes is vehicle sanitisation, which has remained a bone of contention since lockdown began. While Marc said a standardised charge for this service might not work as contracts and relationships within the supply chain vary, he did advocate a standardised cleaning process.

He said, ‘When it comes to something safety related, we can all work together to come up with approved standards that don’t add complexity and are easy to follow and repeat. We need something that can bridge the whole supply chain while not giving anyone a particular competitive advantage.’

The industry doesn’t have a great track record of standardisation, but Paul believes the willingness is there from insurers to find a solution. He said the crisis had given rise to a new level of collaboration that must be maintained in the future to ensure the industry is flexible enough to cope with the fall-out of Covid-19.

He said, ‘Greater collaboration and integration makes things easier and brings down costs. It shouldn’t have taken a global pandemic to get us working together in an open way, but it’s good that it’s happening now.’

He suggested the areas where more transparency and openness could pay off were in the use of technology and contract negotiations.

That was also something Marc alluded to. He explained how some insurers had taken a more hands-off approach during Covid-19, overlooking established service level agreements and allowing The Vella Group to focus on what has been right for the customer and the car.

He said, ‘If we can continue down that route there are some good wins for all of us, and it would allow us to deal with peaks and troughs in demand. We don’t expect to be equals, but it doesn’t need to be arms’ length, transactional relationship.