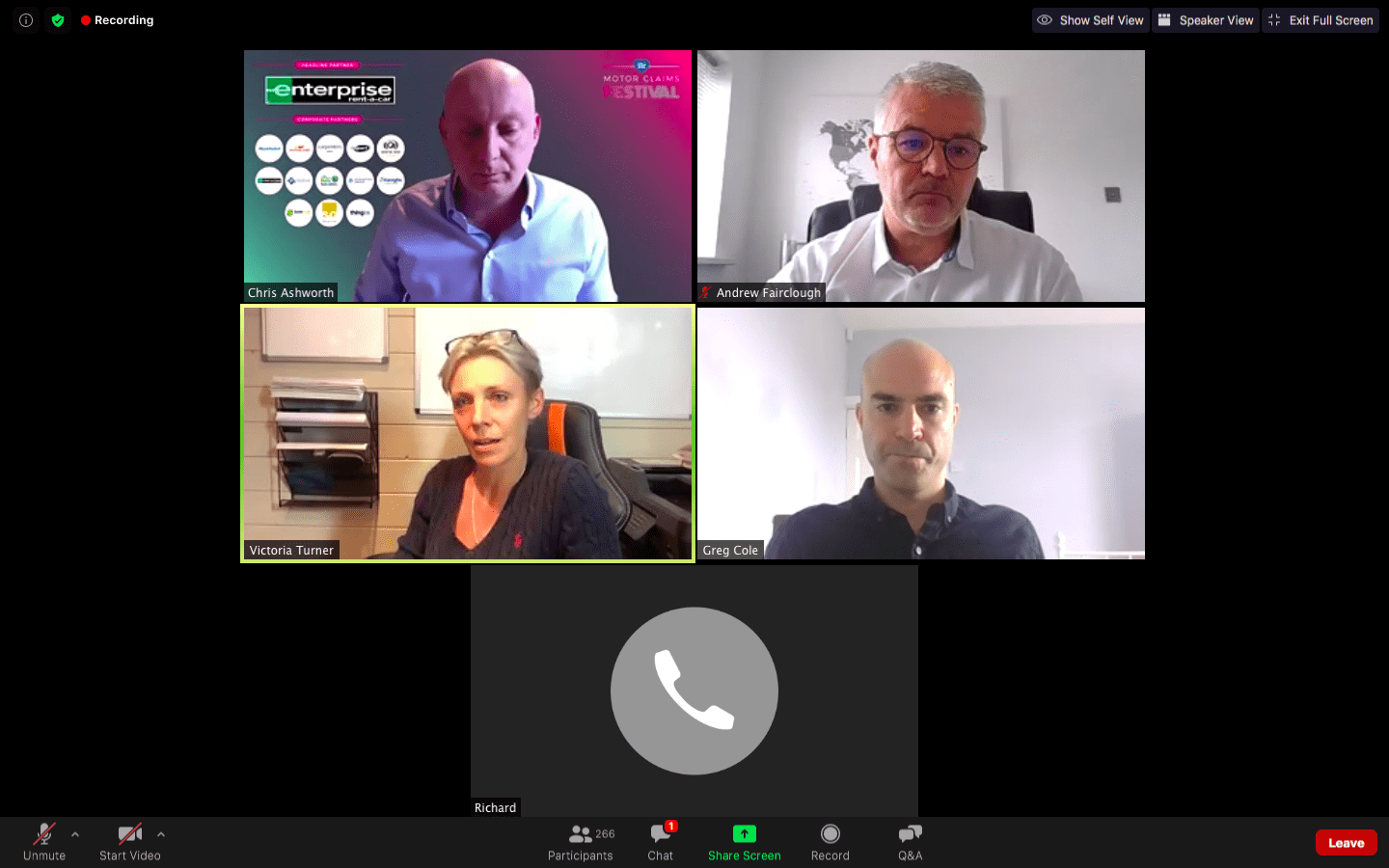 It is too early to tell what the ‘new norm’ looks like for motor claims according to a panel of insurance experts participating in the first I Love Claims Motor Festival.

Discussing the changing socio-economic landscape in the wake of COVID-19, the panellists all agreed that the ‘new norm’ will be different in many ways but pinpointing exactly how that translated across to motor claims was simply not yet possible.

Andrew said, ‘It’s too early for us to determine exactly what the future of motor claims looks like.

‘In European countries such as Austria and Germany motor claims volumes are rising again but we’re not seeing a spike. Similarly, in Australia, Japan and South Korea we are not seeing huge spikes returning to where we were pre-COVID.’

Greg suggested the insurer had followed the market trend very closely in terms of impact throughout the pandemic and as the UK started to re-emerge its telematics data was showing claims were not increasing in line with the rise in miles driven. Greg also pointed at how claims distribution, relative to specific days and times, was not aligned with historic (pre-COVID) data.

‘Rustiness of drivers, as some have referred to, is not shining through,’ said Greg. ‘Our assumption, at the moment, is people are simply not rushing around quite as much.’

However, although motor claims volumes were down, Andrew was keen to point out that severity of claims was a potential new challenge with some UK police forces reporting significant uplifts in speeding offences during lockdown. He emphasised how this, along with the rapid uptake in cycling activity, unfortunately presented the possibility of increased claims severity.

Employee wellbeing was a topic at the top of the agenda with each of the contributors recognising how their own business teams had adapted so effectively as the pandemic impacted.

Richard said, ‘We’ve all faced the same challenges of managing operations without people in the office and it’s been great to see how we have adapted. We knew we could do it, but we didn’t know we could do it so effectively at such scale. Going back to the ‘old world’ is unlikely.’

Richard said that already Aviva has started to ‘reimagine’ what it could use its offices for and how it could innovate the environment in which it operates.

‘What else can we do to improve flexibility?’ said Richard, ‘And how can we integrate that into our supply chain? Clearly, you can’t fix cars from home but there are supporting elements that you can build in flexibility.’

Highlighting the incredible speed at which the industry, as a whole, moved as the pandemic hit Victoria said, ‘Nobody would attempt a change project at the speed the industry has moved. What has stood out is how we have managed to prioritise essential support on severely reduced supply chains, and how people and technology have combined to ensure we get the right things in the right place. Ultimately, we’ve coped very well with what we faced.’

Reiterating the importance of human-technology interaction, Victoria explained how Hastings had innovated by implementing new ways of doing things, utilising human input/skillsets to a greater degree.

Andrew supported this idea, stating: ‘Innovation isn’t just about technology, it’s about the people and individuals as well.’

And likewise, Greg suggested that there had been so many learnings to stem from the challenges experienced including ‘new ways of working, and new ways of thinking’.

One of the major recurring themes to stem from experiences relating to the impact of the pandemic and subsequent re-emergence of the industry is collaboration, specifically in areas that could potentially benefit the entire industry – COVID-19 sanitisation processes being one such possible, and much debated, area.

Richard said, ‘Across the supply chain we do have a responsibility to work with our partners to keep things simple. Having sensible conversations to find solutions is a great way to start.’

Victoria, said, ‘Collaboration is difficult in a competitive environment but, absolutely, in certain areas we could do things based around official guidance. We do need to work together but there needs to be better forums in order to do that.’

Rounding out the conversation, Andrew issued a timely reminder about just how far advanced the UK market was and much of what is being discussed is a long way ahead of other markets around the world.

He said, ‘What you guys have the UK – I wish I could bottle it and export it. Where those supply chains do not exist in other countries it becomes an even more adversarial relationship.’