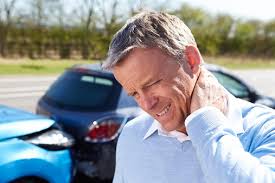 With April fast approaching, there is an understandably high level of apprehension about what the implementation of the whiplash reforms will mean in practice. There is much that has not been confirmed:

This is not an exhaustive list. There are still many other policy decisions that need to be made.

The Motor Insurers’ Bureau have, as the Ministry of Justice’s delivery partner, been tasked to build the IT platform for which these claims will be brought. The website is live and open for registration (www.officialinjuryclaims.org.uk). The project is on the last of its 17 sprints. Provided there are no radical policy changes to the assumptions currently made, it is clear that this is very much on track for an April implementation date.

Nevertheless, despite the progress made on the IT build, there is little that stakeholders can do to get ready until crucial policy decisions have been made. Without knowing the framework upon which the platform sits, it is impossible for users to prepare.

The outstanding matters can only be confirmed by the Ministry of Justice. The delay in part is explicable; we have, after all, just had a general election. There are very strict rules governing communication during an election period (also known as “purdah”). The distractions and delay could have somewhat been expected when Boris Johnson called a General Election last Autumn. And that’s without even mentioning the “B” word…!

But time is marching on. As well as users’ operational bandwidth and schedules, the Ministry of Justice will be conscious of its own timescales that the various rules and Statutory Instruments require.

At a last week’s ABI conference, a Ministry of Justice official was insistent (despite repeated questions) that he could not reveal what the “go-no-go” date was. What was clear is that for all stakeholders – claimant or defendant – the level of urgency for clarity on this question has never been higher.